October has been a good month in terms of development progress. With some life issues out of the way, I'm finally back to a normal development pace.

I have a few exciting updates to share, as well as some news regarding a small art style change.

The engine received an update to the core code that makes a ton of really great improvements, thanks to Struma's hard work on mkxp-z. Outside of some small performance boosts, it also gave access to additional options and controller functionality that will really improve the gameplay experience for a lot of players.

Controller detection has been greatly improved--which was one of the biggest issues noted by players of the demo. Currently, if you have a non-Xbox controller, button mapping would at best be in the wrong order, and at worst, not work at all.

With this, visual support for Nintendo and Sony style controllers was also added to the User Interface:

The hope is that with the final game and a potentially updated demo later on, players will have a much better experience, regardless of the controller they use.

Thanks to the engine, I was able to add a bunch of new options regarding the game's graphics (namely, pixel perfect vs smooth rendering).

Additionally, I took the time to add some accessibility options as well, which include disabling screen flash and shake effects. Difficulty options and other ways to tweak your gameplay experience will also be added in the future.

Last week, I had a poll on Twitter to see what the priority should be regarding the game's direction. And I admit, it had a secondary purpose of also gauging how some players may feel if I made some adjustments to the art style.

Thankfully, it seems a lot of folks are really happy with the game's mechanics, and aren't particularly married to Legends of Astravia's art style--understandably so, as a lot of RPG Maker assets are still in use. Even Azel's lovely portrait is just a modification of a popular character from RPG Maker VX.

Thus, I decided it was time to go with something that had a little more of its own identity. Realizing I could accomplish this myself, I drew some new faces: 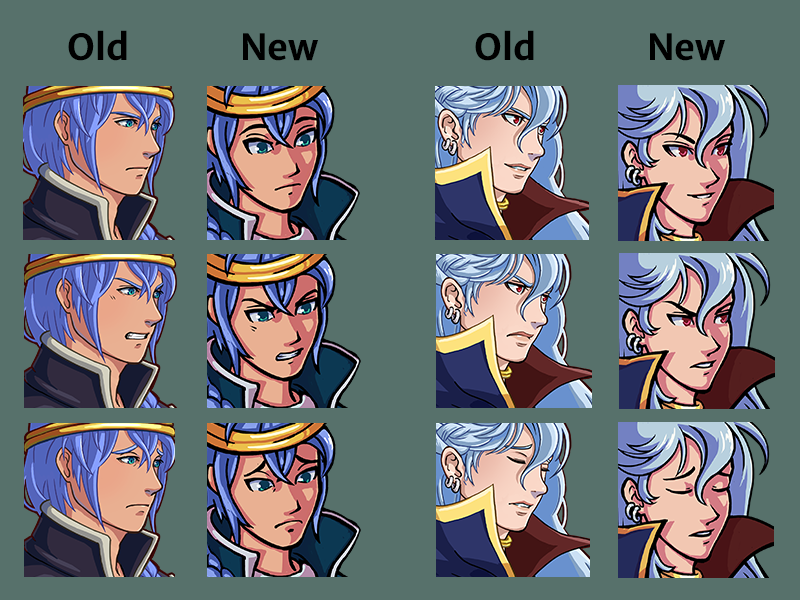 I believe these new faces still capture the character's personalities, without losing too much of what player's enjoy about the game. As an added benefit, they are significantly faster to create, and will allow a much wider range of emotions for less work--which means more time to continue working on other areas of the game.

The profiles have also been updated to match, hopefully maintaining the character's personalities with the new style: 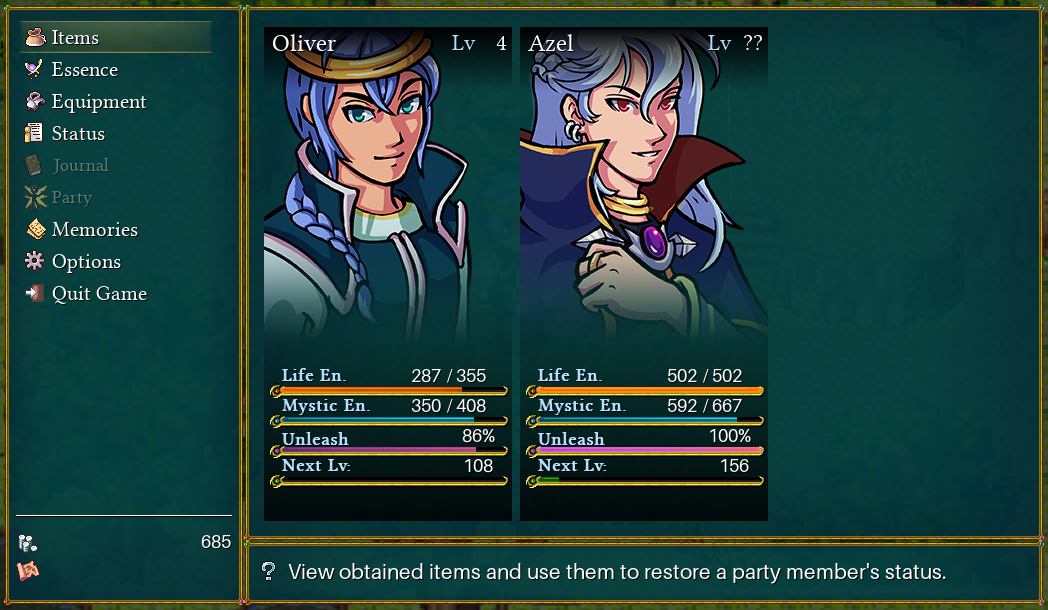 Feel free to give your thoughts on this change, either in the comments (Steam/Itch.io) or in the official Discord!

The battle system got two major updates this month. One in visuals, and another in functionality and gameplay.

The battle system has some lovely artwork, but the layout has always felt a bit "flat", and improving it is an important milestone for the final game.

Inspired by Breath of Fire II, here is a very early preview of the change to the layout to accommodate this (please note that the background is a placeholder): 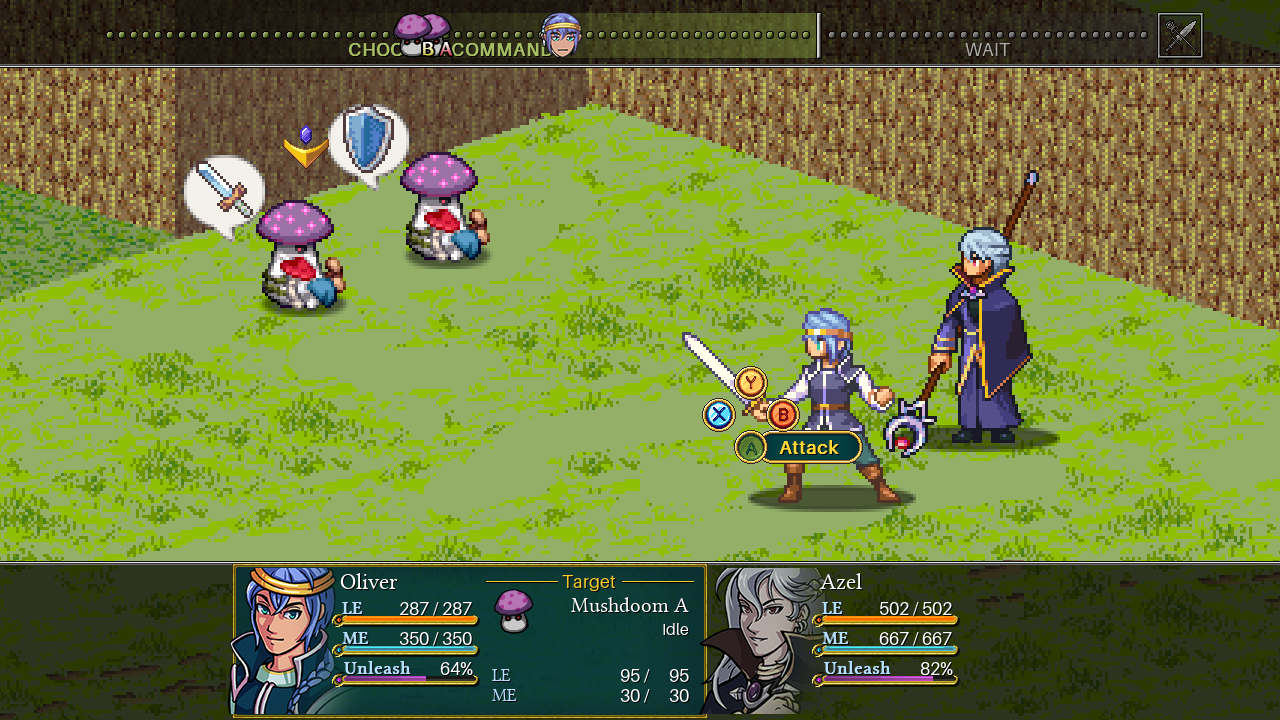 The isometric view still works with the existing battle sprites, but overall makes the battlefield feel a bit more dynamic. Also, the new character artwork seems to work quite well!

This has been a to-do list item even before the demo was released, but I was finally able to improve Enemy AI and behavior. Currently, actions from enemies are purely random and unaffected by battles state at all. This makes for some boring battles, even with the exciting time-based system.

Now, enemies will react as battle changes, or when the player does certain things. Some enemies will behave a bit differently than others, adding a layer of strategy for handling new mobs. This should hopefully keep things engaging as you progress through the game.

That's all for now. Thank you for reading!

I love the new faces!! They are very charming and I love the new view for the battle system! Such a small change makes it feel so much more dynamic!