I realize this log for December / the end of 2021 comes a week into January, but it has taken quite a bit of time to write up. Thank you for your patience!

2021 has been a great, but challenging year for Legends of Astravia's development. I figured it would thus be appropriate for December's devlog to be a summary of how the game is shaping up, plus a few fun announcements about the plan ahead for 2022.

Here are some detailed breakdowns on the features added and progress for the month of December.

While I wasn't able to release the demo publicly in December as I originally hoped, I was able to complete the release candidate for the demo. That's right--the demo's content is 100% complete!

There are still some bugs and other things I need to sort out before releasing it to the public, however, which I'll talk about more in the "Roadmap" section below.

The has been tested and successful launches from Steam! Being able to launch it like other games feels really satisfying. 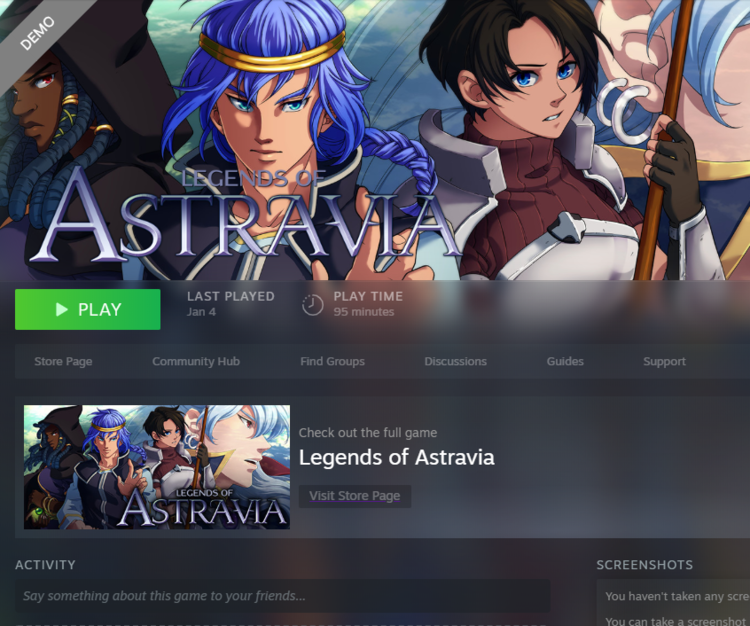 I was also able to successfully build the game's engine for Linux, which is very exciting. I cannot promise incredible support for many distributions (it was currently built for Ubuntu), but it will allow some folks on this platform to give the game a try!

Knowing which button to press is important in RPGs, so a little extra TLC went into the UI to have animated buttons whenever prompted to press something.

Eventually these will be used in the menus as well, which should be helpful when navigating.

A little more UI polish: a speech icon appears over characters that have something to say:

Additionally, if you've exhausted all of their dialogue options, the icon changes as a quick reminder. This way, you only have to listen to Azel's lectures once ;) 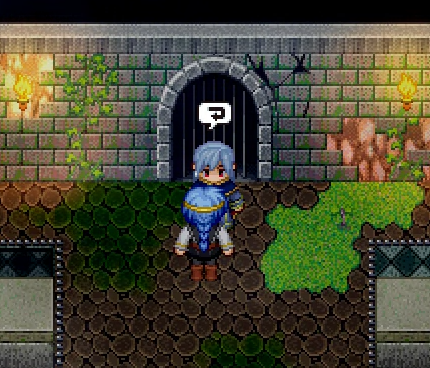 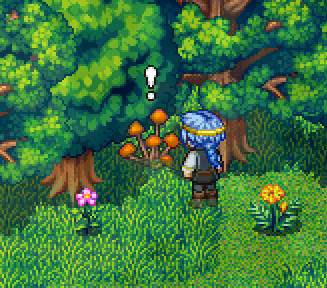 In June of 2020, I announced that the game would be put on a pretty large "hold" while I took a step back and worked on the engine. It has been a long journey since then, but the way the game has evolved is truly special, and this is all thanks to the early feedback from testers and design advice from colleagues.

Here are some screenshots of how the game has changed in the year, visually, from December 2020 to December 2021:

And, as a fun little bonus, here's an example of just how far the battle system has come along over the years:

I have a few announcements for some opportunities regarding the demo and the game's community.

Currently, the demo release candidate has been issued to a very small pool of individuals. I'd like to expand this a little bit to get some proper information about how the game behaves on a variety of machines.

If you'd like to try out the demo in its beta state before it’s available to the public, please fill out this form.

I will be issuing demo keys to those who qualify in a couple of weeks. (In all honesty, if you fill out the form, that's pretty much a qualifier since you've gotten this far through my rambling to see it!)

The game's public Discord server has been very quiet as the game has been developed. I anticipate a lot more activity once the demo becomes public, and thus will need a little help to manage the community. This will ensure that the scarce free time I have is spent with the game's development.

Please note that this role is unpaid. There will be no financial compensation for moderating the server, and it is entirely voluntary. Moderators will, however, be provided with a free copy of the game and early access to beta versions.

Moderators have kick/pan permissions and are responsible for ensuring a safe & pleasant community. This means redirecting off-topic discussions, removing spam/bots/rulebreaking content, and diffusing any issues that may arise. Legends of Astravia currently does not have "general" or "offtopic" chat channels—all discussions remain relevant to the game. As a result, moderation should be fairly laid back.

If you are interested in being a moderator, please fill out this form.

I anticipate this year to be a very busy one, as I'd like to release the demo and Chapter 1 of the game. Timing of both is rather important, given a lot of big games are coming out this year. Here are some rough plans for both the public demo and the first part of the game.

While the demo is truly complete outside of a little more polish, I admit timing the release is very important. I don't want to release the demo too soon before Chapter 1 is ready, as I want folks to be excited for, and be able to enjoy, a full game experience shortly after.

As it stands, I will be releasing the demo publicly, and for free, approximately 1-2 months prior to Chapter 1's release. There may be some special key giveaways and opportunities to try the game prior to this, so keep an eye on Twitter and Discord.

Content development has moved very quickly, and while Chapter 1 is entirely planned, I need to give myself proper time to ensure the game can be released on time and any big bugs can be worked out. The tentative release for Chapter 1 is thus Fall of 2022.

A formal date and pricing will be announced along with the public demo's release.

I am feeling very optimistic about this year, and I can't wait to share more progress with you.

Thank you to everyone who has given me invaluable support by lending their time to the game for advice, playtesting and feedback, and to all of you who take the time to read through these logs every month.

It means the world that so many people believe in the work I do, and it helps me carry on regardless of the setbacks that I face.