It's been several months since the last update. I did mention it would take some time to complete the things mentioned in the previous devlog, but I did not quite expect to be so set back by Pixel Movement and to be impacted by so many external factors.

But, this devlog is to provide some information that I hope gives supporters some confidence that the project is still active.

The first core engine component I absolutely had to get out of the way was pixel movement. I could not proceed with adding any other features on the map until the character's movement was solid.

Pixel movement is when the character moves and collides at the pixel level instead of RPG maker's traditional tile-based movement and collision. This allows for a more pleasant and smooth gameplay experience, but ultimately the engine was not really built for it, leading to a significant amount of extra work.

When I first started on this in June, the player was happily gliding through walls, clipping and glitching on some edges--and overall, the system was not fit to be built upon further.

So, I decided I would rewrite some of the core code to be easier to read, more efficient, and help reduce the bugs and errors.

This unfortunately turned out to be a significantly bigger undertaking than I had first anticipated. I spent weeks and weeks trying different methods, all while battling with mental health struggles laid out by the current pandemic and worldwide affairs.

I did begin to make some progress, eventually fixing the clipping:

But I'm not out of the weeds yet. A core aspect of smooth-feeling collision is allowing the player to continue to slide. After coming up with a more clever way of checking the collision, I've nearly reached the end of the journey, with but a few more quirks and issues to resolve:

This particular stage in development has severely bogged me down. But I am beginning to see the light at the end of the tunnel, and I am seriously looking forward to all of the cool changes and updates I have planned for other--much simpler and easier to code--systems in the game.

Other Small (But Visually Appealing) Updates

This update actually came prior to starting pixel movement. As I reviewed some of the dialogue in the game and later cutscenes, it felt like the original arrangement of speech bubbles over the characters' heads and a single character profile on screen was not enough. So, I rewrote the system to display text in a more readable way, support much more text, and display character emotions better.

NPCs without profiles, or interactions with the environment, will remain in bubbles: 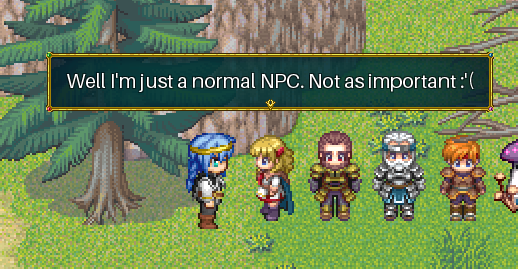 Also, up to 4 characters are supported. Though it seems it might be a little cramped: 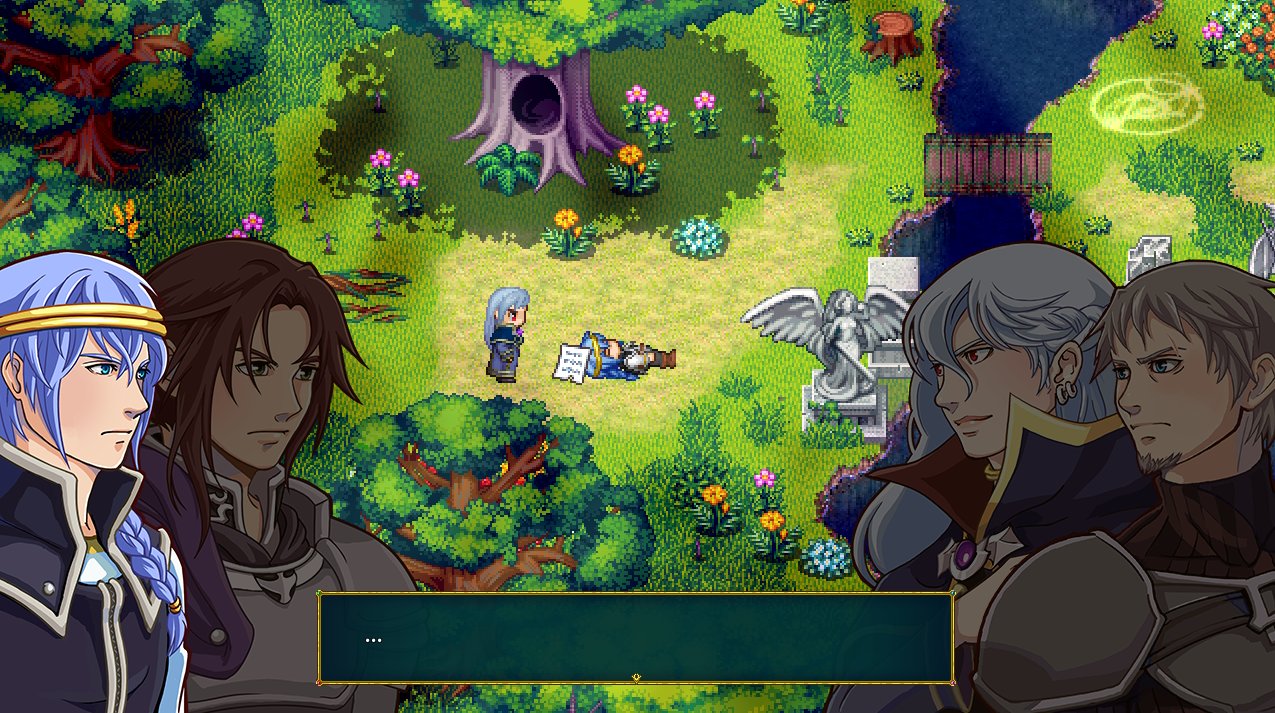 Lastly, a new character sprite was added. Sarina--whom you may recall from some very early artwork on Twitter--was redesigned, and the new sprite shows off this design:

I have also left many community Discord servers except for those that I administrate, for the same reason.

And I will remain honest: over the past several months, I've been struggling with crippling anxiety and moderate burnout. This has been massively exacerbated by my engagement with developers and game dev communities on Twitter and on Discord. I have a poisonous obsession with how people perceive me, and recent events have magnified this problem to the extreme. Even as I write this paragraph, I am doubting myself, my work, and my integrity.

And so, I don't feel it is right for me to return to these communities and engage with my fellow developers until I better myself, first.

I hope this social media hiatus leads to improvements in both my work and my character.

That's all for now. Thank you for your support.