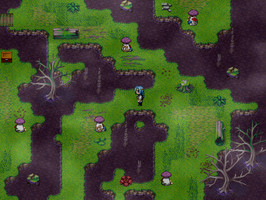 Here I'll detail the proposed updates that will be added to the game after the IGMC 2017 Jam block period ends.

Until then, I cannot upload a new game client, so sit tight!

This game is very ambitious. Eventually, you will be able to acquire and craft hundreds of items, enchant weapons and armor, and explore a massive overworld. Besides the main quest, there will be tons of side quests with unique NPC dialogues and stories.

For now, let me introduce you to some of the playable characters that will be available:

Thank you for your support! I look forward to our next update.